Mike Finnigan and Friends - Let Me See the Light

Bob Lefsetz brought the death of Levon Helm to his readers attention in this post on his blog/newsletter. Dug on YouTube and found this wonderful classic footage of Levon Helm with The Band performing live at The Syria Mosque, Pittsburgh, PA, on November 1st, 1970. The songs: Time to Kill, The Weight, This Wheel's on Fire and Up on Cripple Creek. Enjoy!

Connect direct with the official website for Levon Helm at LevonHelm.Com

Email ThisBlogThis!Share to TwitterShare to FacebookShare to Pinterest
Labels: LevonHelm.Com, Live Music Television, LiveMusicTelevision.Com, RIP Levon, The Band, The Weight, This Wheel's on Fire, Time to Kill, Up on Cripple CreekLevon Helm

The Allman Brothers at The Fillmore East - 1970 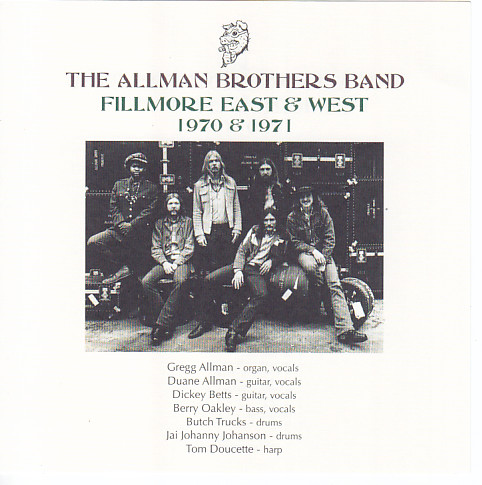 Here is a fantastic live recording of the original Allman Brothers Band performing their song titled Whipping Post, live at the Fillmore East, New York City on Sep 23, 1970. Turn it up, sit back and enjoy!


Connect direct with the Allman Brothers Band at AllmanBrothersBand.Com

Nneka - Artist of Substance on Occupy Nigeria and her Vagabonds in Power movement.

There is one artist whose music really means something. Not only does the music groove for days and days, but this artist always says something important and it's usually heavy. Once again, very proud to feature a real global artist of substance, Nneka, as she talks about the Occupy Nigeria movement where she spent time on the ground in early 2012. Nneka's music consistently challenges the status quo of where corruption in government meets crony capitalism, as she stumps for the common country folk in her native homeland of the Niger Delta region of Africa. Some of her songs start off, and you think you are hearing a love song, to hear it evolve into a heavy geo-political statement. And, if you think, you go .... Wow. Think!

Short Documentary - Occupy Nigeria: Nneka on the "Vagabonds in Power"


Connect direct with Nneka at NnekaWorld.Com

The Wattstax music festival took place on August 20, 1972, at the Los Angeles Collusium on the seven year anniversary of The Watts Riots. The festival was organized by the legendary Memphis record label, Stax Records. Tickets were priced at $1.00 each. Nearly the entire Stax artist/band roster performed at the festival. 100,000 people showed up for what was been dubbed by many as the "Black Woodstock".

A documentary film entitled WATTSTAX was released in 1973. All of the music and speeches from social activists was beautiful captured. One performance which was added to the documentary was not shot at the concert itself, but from a church in the heart of Watts. The first time I heard this track, tears streamed from my eyes. This is the real deal, gospel that will take you there.... all the way. Enjoy!


The Emotions are still at it! Connect direct at TheEmotionsWeb.com


Buy the DVD of the entire festival at Wattstax.Com

The Wattstax music festival took place on August 20, 1972, at the Los Angeles Collusium on the seven year anniversary of The Watts Riots. The festival was organized by the legendary Memphis record label, Stax Records and tickets were priced at $1.00 each. Nearly the entire Stax artist/band roster performed at the festival. 100,000 people showed up for what had been dubbed by some (at least the producers) as the "Black Woodstock".

In 1973, the documentary film titled Wattstax screened at the Cannes Film Festival. It was nominated for a Golden Globe award for Best Documentary Film in 1974.

Something I noticed is that the film production it that it was all credited to white producers: David Wolper Productions, Larry Shaw and Mel Stuart.  Were there no black TV producers back then who could have secured those positions?  In that regard, we have come a long way 40+ years later, in that there are some serious black film, TV and music producers who have broken down the doors and changed the landscape of opportunity.

Regardless of those observations, watching this historic film footage and hearing the music from this festival is like entering some sort of funky soul heaven. Enjoy!


Buy the DVD of the entire festival at Wattstax.Com