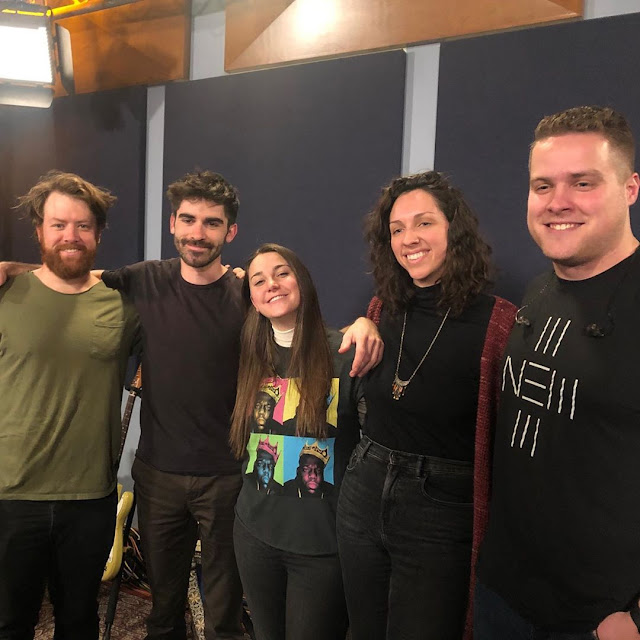 Live Music Television is very excited and pleased to present Rounder Records recording artist, Katie Pruitt, and the filmed live performances of her songs titled Expectations and Loving Her, for NPR's (National Public Radio) World Cafe in their WXPN Performance Studios in Philadelphia on 2/17/20.

Katie Pruitt is the rare genuine article, a gifted story teller whose stunning organic country rock sound will suck you in and cast a spell. Before one even realizes what she is singing about, her songs evoke a feeling of classicness from a bygone era. For those who lived through it, she may remind you of a early 70's kid. Listeners will likely sense that quintessential "it" feeling from her sound almost instantly, which her very tasty band plays a big role in.

She began taking music seriously as a child in musical theater productions through to doing open mic performances while enrolled in community college. She went on to attend Belmont College in Nashville, Tennessee, where she received the first annual Nashville Songwriting Scholarship from the BMI Foundation. In 2017, she was awarded the Buddy Holly Prize from the Songwriters Hall of Fame.

The two songs featured below are from her full-length debut album titled Expectations. She sings of her experience growing up in a family at odds with her being gay, which led to her questioning her conservative Catholic upbringing with lines such as "if loving her is a sin, I don't want to go to heaven".

Her band is excellent with stellar harmonies that, in the first song, might remind listeners of a cross between Fleetwood Mac & Melissa Etheridge a little bit, but she is definitely not copying them in any way. She's all original and one of our favorite emerging artists of serious substance to keep your eyes and ears tuned to!