This is the official promo for the Rolling Stones' 1998 single 'Gimme Shelter', a live version of their 1969 studio recorded release.

The video was filmed live at the Trans World Dome, St Louis, Missouri, on December 12 1997, on the Bridges To Babylon tour, and features long-term Stones backing singer Lisa Fischer on co-lead vocals.

'Gimme Shelter' was originally featured on the 1969 album Let It Bleed and was composed by Jagger/ Richards.


Connect direct with the Rolling Stones at RollingStones.Com 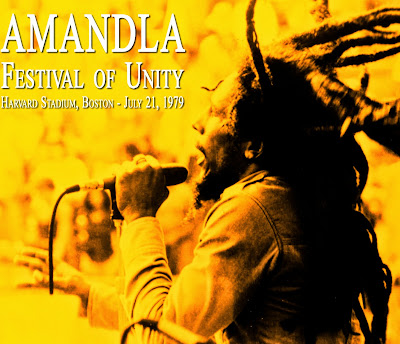 Amandla - Festival of Unity, was a music festival held July 21, 1979, at Harvard Stadium in Boston, Massachusetts. The theme and unity was between those who supported and celebrated the liberation of South Africa and also those who supported the on-going efforts of people in Boston to end racism locally, on the streets, within schools, places of work and within families.

This performance of Bob Marley and The Wailers is fantastic! There is a introduction by activist, Dick Gregory, that is peppered with political and social talk regarding issues of that moment in time. It's a piece of history that is classic if you are one of Dick Gregory's many fans. The music starts at the 15 minute 33 Second point. Turn it up, think, groove and enjoy!


Connect direct with the official website for Bob Marley at BobMarley.Com, or follow on Facebook.Com/BobMarley or Twitter.Com/BobMarley

A Message from our friends at Playing for Change:

In the beginning of 2010 the Playing For Change crew began work on a new Song Around the World, John Lennon's "Imagine." It has been an amazing year of production, taking the crew from the favelas of Brazil to the shrines of southern India, from villages in Nepal to the glittering urban landscape of Tokyo and New York, and beyond.

This song is the Playing For Change Foundation's gift to the world. The Playing For Change Foundation feels honored to have the blessing and generous support of Yoko Ono as music lovers around the world join together to launch the Power to the People campaign. The campaign seeks to advance John Lennon's vision of peace by engaging artists and audiences to contribute to music education programs worldwide. Proceeds raised will help build music schools, support teachers and music programs, purchase instruments, and connect schools for cross-cultural learning and conflict resolution across borders. Music IS the power: Power to the People.