The Antlers - Live on KEXP Seattle

KEXP FM in Seattle delivers again.  Here is a nice set of live in studio performances of The Antlers.

Putting the Dog To Sleep

Connect Direct with The Antlers at AntlersMusic.Com

Love this unplugged song by a group called Pahamah :) Reminds me slightly of Nouvelle Vague. Enjoy!

Thanks to Bonnie Sanders for the links to these most classic live recordings :)


Click here to make a video request or to share your scoop about a great song, band or artist that should be featured here!

Found these cell phone videos captured by DJ Sheepp at a DJ Shadow performance in Australia on July 29, 2011. DJ Sheep wrote, "One of the most amazing live shows I've witnessed from a DJ/producer. Optical illusions at their finest, with some crazy new Shadow material..."

A fantastic looking film trailer is getting me exicted about a live concert film of Ray Charles from 1961. The films presenters are hosting a one-time only advanced screening October 20 at the Egyptian Theatre in Los Angeles. The film is to be released straight to DVD, being shipped by retailers to advance buyers beginning October 25.

Lost for 50 years, 1 hour and 45 minutes of newly discovered 16mm concert films with fantastic audio recordings from the 1961 Antibes Jazz Festival in France with Ray Charles in his prime along with the original Raeletts and his band that included David "Fathead" Newman and Hank Crawford.

These were the first concerts Ray Charles had ever done in Europe. A must see!

This was the last studio recording Amy Winehouse made before her death. 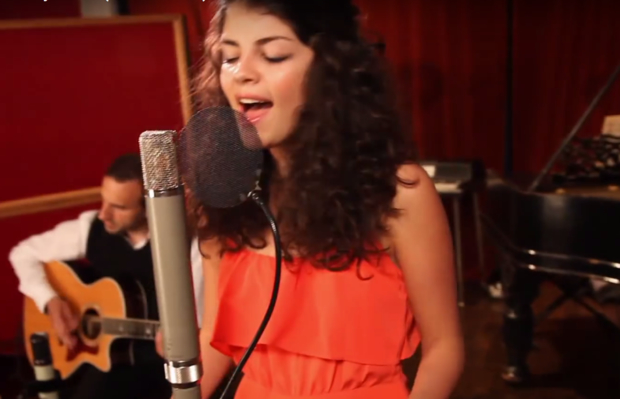 Here is a fantastic young artist on the way up! She sings jazz standards and more, beautifully. Enough said, just listen!

Nikki Yanofsky - Over the Rainbow

The first time I heard Lance Lopez, I was immediate fan. The following vintage YouTube video of Lopez in 2001 just came to my attention. Enjoy!


Hear More Lance Lopez from his Salvation From Sundown Album

Nneka - Do you love me now (live session @ streets of Paris)

Nneka - Do you love me now (live session @ streets of Paris)

Live Music Television is pleased to present The Black Keys on a filmed live performance for Australian television network, V Music, and their program known as The Gig.

The Black Keys - Set You Free

Hated to read the Yahoo! News article of how Facundo Cabral was shot to death by a gang of gunman who were out to kill Cabral's manager, who survived the attack. The Argentinian folk singer, artist and vegabond is loved in throughout Larin America and Mexico. A wikipedia page devoted to his life has grown today and is a very interesting read. Hhttp://en.wikipedia.org/wiki/Facundo_Cabral


Connect direct with The Allman Brothers at AllmanBrothers.Com

Please click here to share your scoop about a great song, band or artist that should be featured here!

Go to the following link to hear a pretty great live take of Muse performing the song made famous by Nina Simone titled Feeling Good. It was recorded live at Wembly Stadium in June 2007. After watching, come back here for more :)
https://www.youtube.com/watch?v=5PN6egPgazA

They had the whole audience singing along, as better evidenced via this cell phone take from the nosebleed section, which actually captures the essence of the crowd better than the slick version from above. It makes one realize how big of an act Muse really is.

Listen to more Mad Rad off their White Gold Album

Those videos of the fantastic duo known as Hank @ Cupcakes made me think of another great duo, The Black Keys. Here is the Black Keys performing a in store at the world famous Grimey's record store several years back.


Hear more of The Black Keys from their Brothers album

Listen to songs from the James Brown All Time Greatest Hits

Biggie Smalls when he was 17 years old

Here is a fun take of the hard rocking Grace Potter and her drummer playing with Daryl Hall for Hall's online show, Live at Daryl's House.  Daryl sits in to do doing vocal harmonies and play guitar. Enjoy!

Connect direct with Daryl Hall at Live From Daryls House


Please click here to share your scoop about a great song, band or artist that should be featured here!