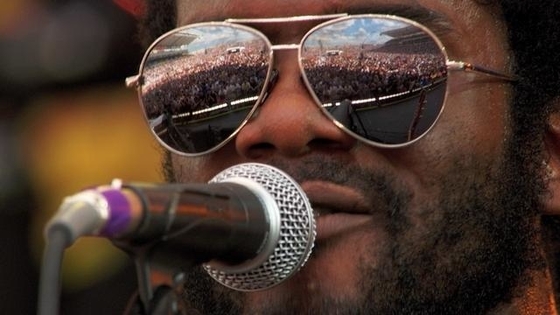 Since the mid 1990's, Gary Clark Jr. had been activly woodshedding and gigging hard and had developed a strong organic fan base. In 2010, a mix of preparation and fate landed him at Eric Clapton's Crossroads Guitar Festival where Gary Clark Jr. was introduced to a wider source of new fans that includes this network. Thank you, EC!

Just below is his song titled Bright Lights, performed live at the Crossroads Guitar Festival.

Gary Clark Jr. - If You Love Me Like You Say (Live At The Foundry)