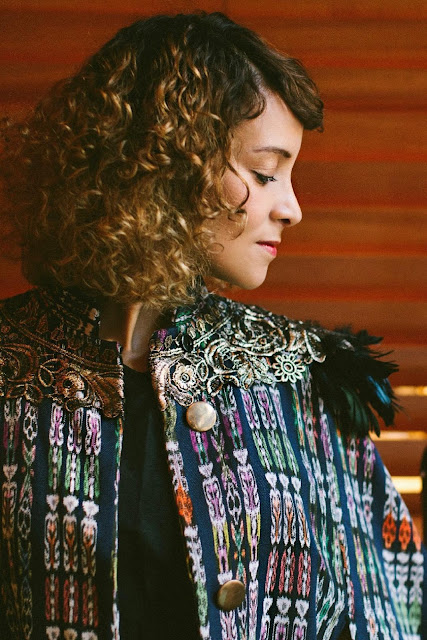 Gaby Moreno is a stellar Guatemalan born singer, songwriter, guitarist and recording artist, who is also an American citizen. Fortunately, she has the privilege of being able to travel the world freely to perform her music far and wide.

She is a Latin Grammy award winner, not just a nominee, who won the Latin Grammy award for Best New Artist. Prior to that she won the John Lennon Songwriting Contest. Before those wins occured, she paid her music dues the old fashioned way, the honest way, the right way: She wrote songs, played every show she could, she recorded independently and didn't let anybody tell her how to be. She always was and is a true original. No longer an indie, she is signed to a major latin record label. She sings in both English and Spanish, sometimes in the same song.

She often uses her music to stump for immigrants seeking a better life and that is what her song featured below is about. Live Music Television is very proud to present Gaby Moreno performing her song titled 'Til Walking Light, which she performed for the first time in this performance on a wonderful show known as Live From Here, with Chris Thile.

Please click the play button of the video below and choose the high-resolution & full screen options.  When this music video ends, it will automatically be followed by hours of excellent music videos if you choose to let it roll. Press forward to skip any video or click the reverse button to replay or return to previous songs, or exit the fullscreen mode to choose a new video.