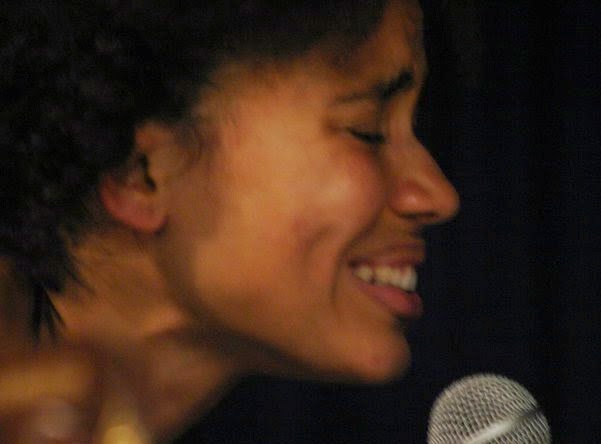 There is no better way to describe Nneka than to simply say she has "it".

Her songs are and lyrics are deep and complicated. They personify an independent voice and rebel spirit that challenges the status quo where greed and corruption in her native Nigeria and throughout the world is rampant. Right out of the box, in the feel and groove department, she has that "it" thing too. It's one of the main ingredients.

What separates Nneka from most of the rest in the supposed top tier is that her songs dig hard to say something important. This leads me to wonder why she is not in the top tier, yet.  I long for the day that she and artists like her are the top tier that exists. Perhaps in due time, substance will trump bling.

Her songs weave in and out from what seem like love songs at first, into geopolitical humanitarian statements often pointed at unnamed political leaders. At least her songs naturally conjure thoughts of certain leaders without even mentioning their names. Her songs make those who listen think. Nneka really reaches deep for truth which she considers to be real love.

This is an amazing live take of Nneka performing one of her signature songs titled Heartbeat. The studio version of this song (second one down from here) is the very first song I ever heard of Nneka's years ago. And, it did not sink in at first listen. It took a few listens to interpret the meaning of her lyrics clearly, but when I did I felt her depth and it had impact. The song is screaming at political leaders questioning if they hear the heartbeat of their electorate or in the case of dictatorships, the people they rule. I like the interview that follows live take in the video below. It's a tiny window of insight into Nneka. I have had a few chances to speak with her in person and I came away feeling her authenticity is genuine.