Ayo - Live At The Olympia 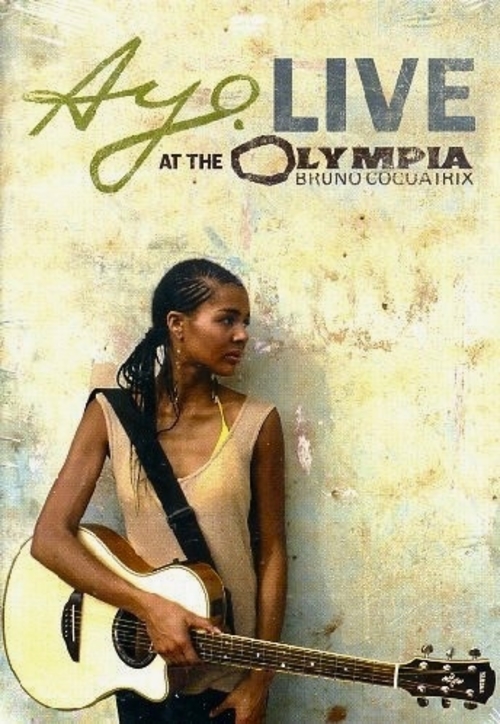 Ayo hangs her heart over the ledge and sings beautifully. She does many ballads, mostly heart wrenching songs about love and life. She has a strong R&B, soul and pop repertoire in additions to her ballads.

The film of the 1.5 hour concert featured below is titled Ayo - Live At The Olympia. It was directed by Raphaël Frydman and presented by Polydor, a division of Universal Music France.


The Olympia is a music hall in Paris, France, and is also known as L'Olympia. In the above promo photo, it says Bruno Coquatrix just underneath "Live At The Olympia". Bruno Coquatrix was the owner and manager of The Olympia. Bruno passed away in 1979, long before this concert was filmed, but his name continues to live on. He was often instrumental being a early recognizer and advocate of great emerging young talent and for bringing leading established stars to his theater for French audiences to enjoy.

Although the concert was filmed ten years ago, the songs are timeless. If you are a new or long time fan of Ayo's, this is a wonderful concert to watch. It was directed by Raphael Frydman. Enjoy!