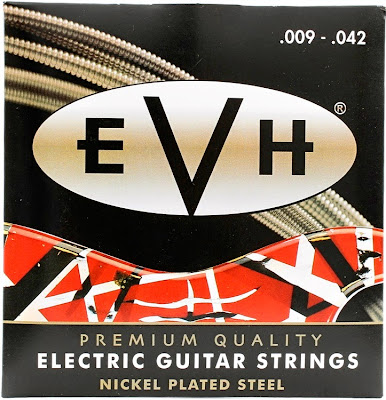 Music Television is primarily focused on the actual music, rather than talking too much about it, so this post is a rare exception.

Just below is pioneering rock & roll king and guitar legend Eddie Van Halen sitting down for a talk with a Smithsonian Talks series called "What It Means To Be American".  The discussion lasts almost one hour. Eddie covers his own and his family's life from when he and his brother, Alex, were little, before his family took a boat to America. His father was a musician who was able to pay their way over to America by performing on the boat that brought them. Perhaps, that was his brother Alex and Eddie's first real paying gig, on piano, when their father had them sit in one night. That's just the beginning of a great story that most have never heard, until now. Enjoy!

Back in the day before Eddie Van Halen was famous, when kids were learning how to play guitar or bass, one of the first songs learned was Deep Purple's song Smoke On The Water.  These days, kids like Tina S., a gifted young female guitarist in France, strive to master Eddie Van Halen's song Eruption.

Just below is some classic live concert footage of Van Halen from 1982 and one of their songs titled Eruption. Turn it way up.